More than US$4bn funds raised by accelerators & incubators investing in health. Why is only a small portion landing in the hands of start-ups?

There is a large amount of money (US$4bn) managed by accelerators and incubators that invest in health. However, only a portion of this money makes its way into early-stage digital health companies (start-ups). Why? There are several reasons for why only a small portion of this money is landing into the hands of start-ups; mainly internal and external expenses, and a lack of connectivity between each other.

There is no shortage of digital health investments. According to sources, 2016 has seen US$4.2bn worth of venture funding into digital health, while Q1 of 2017 has already US$1bn. These figures represent investments, deals and acquisitions that occur at a holistic level (small-large enterprise). However, much of the funding at the grass-roots level (where most of the innovation comes from) isn’t making its way into young digital health start-ups. Why? Let’s take a closer look at the current situation confronting early-stage investments.

There are 340+ accelerators and incubators currently active in healthcare; a figure which is changing by the day. Almost all investments made by these programs into healthcare relate to digitization.

The big accelerator and incubator programs have received funding of US$29m on average since their establishment; smaller programs not as much. This sums up to a sizable US$4bn. Where does it come from? This funding is gathered from a variety of sources; philanthropic donations, governments, private investor and venture fees, consulting revenues and equity returns. Yet only a portion of this is making its way into start-ups in the way of investment through accelerator or incubator programs.

This US$4bn is not exactly “dry powder” (money ready to be invested). It refers to the funds obtained from these early-stage investors. The total portion of which is ready-to-be-spent on start-ups is much less, for several reasons. One portion of this US$4bn is tied up in prior investments (portfolio companies that have accumulated over the years in the way of equity shares). Another portion is spent on operational costs for the program. And not to mention, that not all of these programs invest in strictly healthcare. At the end of the day, there is approximately US$300m currently ready to be invested into digital health start-ups.

This US$300m will only be spent if there are start-ups that are considered to be good enough to qualify for the 340+ accelerator and incubator programs. So, now that we have more of an idea about what’s actually available to start-ups, let’s take a closer look at the challenges that they are facing, and how these programs are able to assist.

On the other side of the spectrum, the number of young companies that aspire to building digital health products is on the rise. According to the mHealth App Developer Economics 2016 report, there are 58,000 mobile health app developers out there. Of these 58,000 developers, 15,000 are considered to be in the startup phase (and thus suitable for an accelerator or incubator program).

The majority of mobile app developers in healthcare tend to struggle on the finance, and business side. According to our annual mHealth App Developer Economics Program, almost 60% of these developers are not happy with their business achievements (struggling to reach their goals with their apps). Unsurprisingly, smaller teams and companies tend to be the ones that struggle the most.

So, it is safe to assume that the majority of these smaller teams of developers are still working on their breakthrough. For early-stage digital health entrepreneurs, joining an accelerator or incubator, and tapping into their financial resources and networks can open many doors.

Difficulties in finding each other

With so much money on the line, why is it that only a small portion of this US$4bn lands into the hands of these start-ups? Especially considering that these start-ups are (more or less) looking for exactly what accelerators and incubators have to offer: funding and business expertise?

There are five reasons for why digital health start-ups and accelerator and incubator programs struggle to connect:

From talking to both accelerators and start-ups in digital health, the majority tend to deal with one or several of the above-mentioned points. Even though the demand from either side is there, the demand for good (and qualified) business ideas from start-ups, and the demand by start-ups for the right benefits from a program tends to slow down investments into young digital health companies.

So how can early-investors and young companies in digital health learn more about each other? How can the transition of investment to recipient be facilitated more smoothly? Our 2017 mHealth App Developer Economics study will help to grease the system by bringing more transparency into the market. This year we have dedicated a large section of our survey to analyzing accelerators and incubators in that invest in digital health, which will then be published in a free-to-download report later in the year.

If you are an accelerator or incubator and are interested in market intelligence (How well-known is my organization? How should I shape my profile in order to attract more, and better applications? How do I allocate my marketing budget more efficiently?), write us an email. 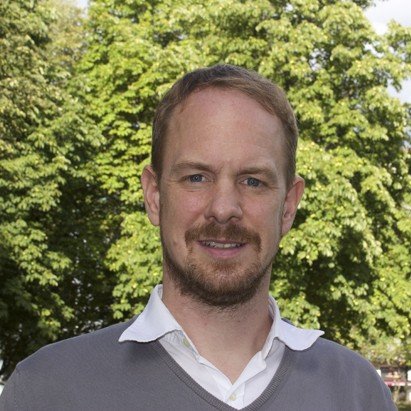