92% growth for German mobile apps market in 2010
research2guidance estimates that revenue grew by 92 percent in one year and that paid app download revenue has grown to a 357 million in that time. 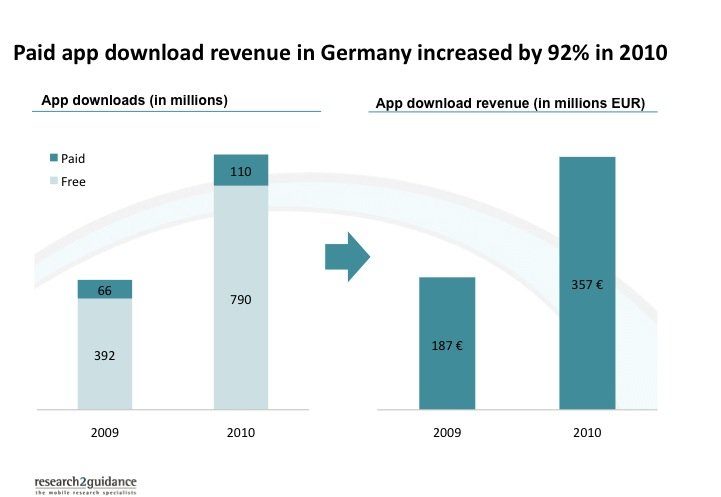 In Germany, as in the global market, the Apple App Store is still by far the biggest revenue source, followed by the Android Market, Nokia OVI and Blackberry AppWorld.

Major OS app stores have shown a substantial growth in the number of apps and download volumes in 2010. Blackberry joined its competitors by including a $0.99 app pricing range, which sharply decreased AppWorlds average app price. However the continuous price decline, evidenced during past three years, has finally stabilized. In 2010 on average every paid app downloaded costs â‚¬3.26, a slight increase to the cost of an app in 2009.