Countries are placing tracing apps at the core of their strategy against COVID – 19, but low adoption rates jeopardize the effectiveness of digital tools in the long-run. In this context, authorities should increase their efforts to reach higher levels of adoption during the first months of deployment. To do so, they should address privacy policies, accuracy, and energy requirements, as well as providing attractive incentives to encourage mass adoption.

The COVID – 19 pandemic has driven healthcare stakeholders, public authorities, and businesses efforts to create new digital service offerings to manage the crisis. Public authorities around the world are leading the new wave of digital innovation by implementing digital solutions to track people´s proximity to infected cases. Today the German government launched their tracing app “Corona Warn-App” to the Google and Apple App Stores. To assess potential risks of infection, these apps are relying on a short-range Bluetooth activation technology allowing users to keep track potential risks in their surroundings. This approach has become the go-to model to control and supervise outbreaks patterns in many jurisdictions. However, the discussion is now focusing on how to leverage the uptake so they can become an effective part of the long-term pandemic strategy.

In general, each country is developing its own game plan to deploy these tools, some with more success than others. Tracing apps are one piece in the puzzle of digital health services that support the management of the pandemic (R2G Whitepaper: Digital Health In Corona Times: How Can Digital Health Support The Management Of The Pandemic?).

Several official tracing apps have already entered the digital ecosystem in the past months – COVIDSafe, StopCovid, VírusRadar, Immuni, NZ COVID Tracer, and Aarogya Setu –while other are currently being tested for deployment. There is an increasing expectation in the role these tools can play fighting the current crisis and/or new outbreaks. The following are some of the main features of these digital solutions:

Today, the low rate of adoption among the population remains the main source of concern for the success of tracing apps. Some countries releasing apps earlier during the pandemic experienced better download results as opposed to those who reacted later. For instance, launched in early March, Colombia has already nearly 3 million downloads for its Coronapp. Similarly, during the same month, India launched Aarogya Setu, and accumulated nearly 50 million downloads.

However, none of these cases has reached more than 8% of adoption, and for those apps launched in May, the adoption rate has only reached 2% on average.

Governments looking to improve this situation need to push for higher adoption since the moment these apps are deployed. Otherwise, at this pace, it will take more than a year to reach any significant adoption levels for solutions that are already in the market. Only by significantly increasing the user base within the first three months, these apps will stand a chance to reach enough audience to become a central piece in fighting the pandemic.

Governments should adapt their marketing strategy by tackling salient challenges that prevent higher intake. Among those, data security is the most pressing one, especially in countries where privacy plays a relevant role in citizen´s preferences. Authorities are responding to this issue by being explicit about data collection and anonymity behind tracing algorithms. NZ COVID app from New Zealand and Immuni from Italy are good examples of how this can be done. In both cases, users receive clear information about which data points are being used and how their identity is protected in the process. By making clear that any information will not be shared among government agencies or used for enforcement purposes users become more confident about the purpose of using the app and thus feel safer to get it.

Other pitfalls for user attraction are false positives arising from the accuracy of Bluetooth to spot true proximity patterns. It has been reported that accuracy levels might be affected by phone position, walls, and indoor/outdoor location. Additionally, users fear that these tracing apps require a constant demand of energy consumption, which could hamper their ability to maintain a consistent connection while also performing other mobile tasks.

Governments should also turn their efforts to design appropriate incentives to increase downloads. Recent discussions about behavioral encouragement around tracing apps are focusing on the following areas:

Several countries are now preparing the launch of their own digital tracing solutions against the pandemic –Brazil, Switzerland, Vietnam with Germany launching today. For these digital tools to bring expected effectiveness in the long-run, authorities must push higher adoption rates during the first months of deployment. To achieve this, governments must improve data security, accuracy, and energy requirements, making users more comfortable using the apps. Appropriate incentives are also a key element to encourage general adoption. Only then, tracing apps will carry enough base to become a true fighting tool against COVID – 19.

For more information download the latest free whitepaper on how can digital health support the management of the pandemic. 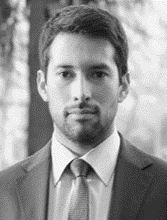