The UK App Market Monitor is the first of a series of reports on several  countries within the global mobile apps market.

Our mini-series begins with the UK market report and we will release more country reports in the following weeks (see below).

After only 4 years the market will surpass the half Billion Euro mark in 2012. 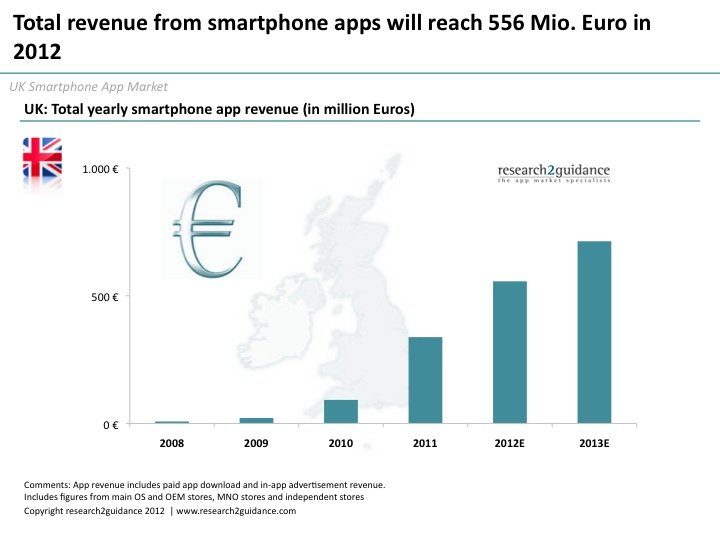 The UK is also the only country in Europe where Blackberry apps have a significant market share. Because of the high competition, apps must generate significantly higher download numbers to remain in the Top app ranking compared to other European countries.