The French app market showed strong growth rates over the last years. Currently there are almost 18 Mio. smartphone, tablet and iPod Touch users that will have downloaded 4-5 apps on average in 2012.

The share of paid downloads varies significantly per platform. French iPad user pay for almost every 5th download whereas Android users hardly pay for the content.

French market revenues from app downloads and in-app advertisement increase in line with app user base.

Similar to other EU countries Apple and Android dominate the app download market, representing almost 90% of all downloads. Independent app platforms and MNO app stores do not play a significant role. 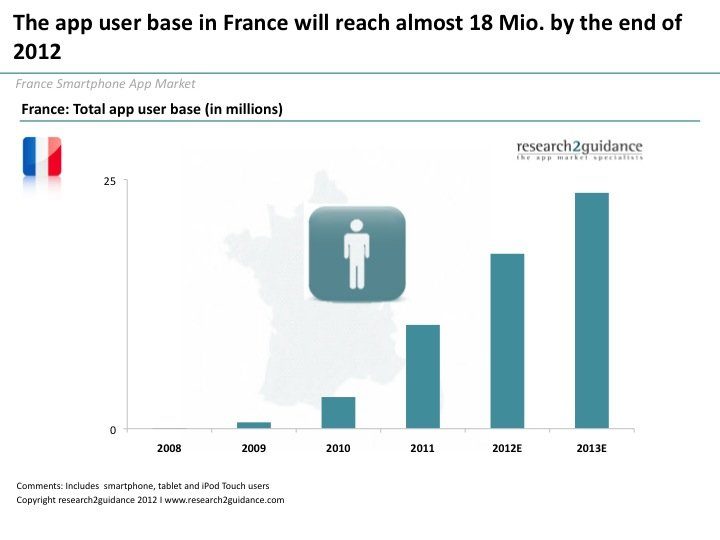 The France App Market Monitor is the second of a series of reports about the main EU app markets.

We will release more country reports in the following weeks (see below).