Food tracking: How do apps know what is on the plate. Four strategies to overcome tech limitations

Tracking food habits is a growing market, with hundreds of available food apps, the competition is high, and technology is trying to keep up with the demand. Given the complexity of this task, new strategies have risen, and consumers have been offered innovative approaches to track their food habits.
Which are the current technologies being used to track food? What do we see as new possibilities in this market?

Food tracking is becoming a trend, nevertheless, it’s still far away from being an automatized process. There are main reasons why people may need to use a food tracking app, the most common ones being: achieving weight loss goals, changing into a healthier lifestyle and tracking chronic diseases which highly depend on food habits like diabetes.

If we estimate that a normal user eats around 4 meals a day, on a normal diet, this could mean that a single user may have around 28 different dishes per week. Given the complexity of the choices, it’s still hard even for specialized food apps to know exactly what users have on their plate.

Currently, food tracking apps have been developing and growing enormous databases of foods, including non-standard foods – the ones that are cooked and may vary from user to user – and standard food items that are – prepared in restaurant chains – which include always the same ingredients and portions. Apart from these two categories, usually, food apps also integrate single food items (ex: fruits and vegetables) and also allow packaged food to be screened through barcode scanning.

Given these 4 possibilities of data entering, food databases can contain huge amounts of information, as in the case of MyFitnessPal’s app, with a database of 6M food items. Also, in order to be more localized, food tracking apps sometimes integrate country-specific databases to please all kinds of cuisines. Furthermore, photo recognition was considered for a long time as the “next big thing” in food tracking apps, nevertheless, the advancements have been slower than expected. Even tough there are already good options such as Glucose Buddy Diabetes and Lifesum, they still require manual input and user’s judgment on the provided results.

At this point, food tracking still comes with many limitations – food databases, photo recognition and barcode scanning are still processes that require manual input, leading to miscalculations of portions which can lead to mistakes in terms of nutritional values and a decrease of retention rates due to a lack of reliability.

Besides providing food databases, most apps such as MyPlate, Lifesum or Lose it! have been increasing their meal planning services. In some cases, like DarioHealth food tracking is a part of the chronic disease management solution. Providing clear instructions on what users should be consuming on a daily or weekly basis in order to achieve specifics goals can be a very useful strategy in order to better track eating habits. Once users start consuming the options given by the app, tracking nutritional values and calories becomes simpler and more reliable. Also, meal planning provides a surprise effect to users which can lead to higher retention rates and more successful stories.

Changing a habit or being a diabetes patient can sometimes feel lonely and many times the lack of motivation to follow advice may be bigger than the aimed goal. For this reason, having someone that is willing to listen, support and actively help can be life changing. Apps like Noom or Oviva have already been integrating this feature as their core business model; both provide varied programs, also with focus on diabetes patients.

Coaches are usually professional dietitians or nutritionists that connect with the patient previously in order to assess which goals and habits need to be tackled during the program. After having defined the goals, both coach and patient start a program lasting in average from 8 to 12 weeks; most of the coaching sessions either happen online or via telephone. In between sessions, users also have access to educational material such as podcasts, recipes and meal plans. At any time, users can check their progress on the app’s dashboards and ask questions directly to their coach.

With the growing access to DNA testing at low prices, eating habits are also becoming more personalised. Lose it! and MyHabit grabbed the opportunity and are now offering genetic tests that help users to obtain information on how their bodies metabolize fat, caffeine or lactose, amongst many other traits. In the case of MyHabit, the user is tested also for biomarkers which provide even more specific information.

The strategy of these apps lays on providing customized meal plans with corresponding portions that are more suitable for each user. As an example, MyHabit predicts about how many mg of vitamin C the user needs per day as well as the amount of vegetables, meat, starches, amongst many others. Adding to this valuable information, MyHabit also delivers the necessary ingredients to prepare the suggested meals directly to the user’s home via post mail.

On the other hand, there are still some players who are still focused on advancing technology instead of relying on DNA information. An example is the company “Consumer Physics”, which developed the Scio sensor – a spectrometer which emits and absorbs light coming from an object, including food items. With just one click on the sensor and the app on the other hand, users can quickly check how many carbohydrates, proteins or fat exist in a piece of cheese. This technology allows users not only to track more precisely what is consumed but also make informed decisions while still at the supermarket.

Another example of a sensor technology is the device and app Lumen. By breathing into Lumen’s device one can know if either carbohydrates or fat is being used as the main source of energy in the body. With this information, the app suggests which kind of meals should the user be having on that day, either a dish loaded with pasta (for hypoglycaemia) or a salad with few carbohydrates (for hyperglycaemia). Another interesting feature in Lumen’s app is the possibility of having a suggested meal being delivered to the user’s home, in case it’s available in a nearby restaurant.

Food app’s users face now a field of opportunities, whether they prefer a simple approach by logging in their food and using barcode scanning or if they are enthusiastic about having their own food coach. Options are also available for different types of budget, from free apps with manual portioning or highly customized meal plans through DNA testing. The choices are vast, and it all comes down to the goals, motivations and lifestyle of users.

Certainly, technology will not stop developing itself, nevertheless, the social aspect that comes associated with it won’t also diminish. As we see by the previous examples, strategies as coaching and meal planning are aided by technology but ultimately have a strong link to human interaction and the support that comes with it. 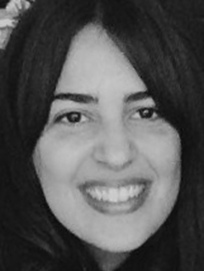