Did Covid-19 and the new law on digital health really boost digitalization in German healthcare?

As often circulated, Germany’s healthcare system is considered to be one which is rather backward when it comes to digitalization. The permeation of digital infrastructure, digital health data as well as of digital solutions and services has always been low in comparison to many other countries.

This was the story before the Corona pandemic struck the country in February.

Since then, a plethora of articles, reports and statements has been continuously issued and circulated, discussing the effects of the virus pandemic on digitalization in the German healthcare sector. Many of them postulated that Corona did a great deal to accelerate the adoption and usage of digital infrastructure and tools, because healthcare providers and patients were more or less forced to turn to remote services such as teleconsultation to deliver and receive care.

In summary, the 2 most prominent regulations in the new law are:

Especially the above described “fast track” that enables health app developers to introduce their solutions much more quickly to a broader market audience is expected to boost digital innovation in the healthcare sector.

Healthcare and digitalization in Germany – is there finally a happy ending?

Well, recent data from a survey among 9700 participants from a digital health savvy stakeholder community suggest that the honeymoon still has to wait. The online survey (officially called the Epatient Survey) has been carried through during March and April by EPatient Analytics.

In a nutshell, it found out that in spite of Corona and the efforts around DVG, the usage of digital tools and services is stagnating or at its best only progressing at a very low level. A good example is the online medical consultation: only 2% of respondents declared that they have been using such a service (up from 0.7% in 2019). The increase is obviously there, but it remains quite insignificant. The same goes for tools and services such as medication management, patient coaching & support or diagnostics, for which usage numbers remain rather static.

Why is that and what can be done to build the bridge to the digital future?

From an acceptance and usage point-of-view there are 2 overarching elements that still need to improve and progress in the German healthcare system: the creation and implementation of integrated care networks (based on digital platforms) and the possibility to access and use digital patient data by the different stakeholders, including patients.

Looking back into the history of health app acceptance it becomes evident that there is a level of usage saturation which is difficult to overcome. A certain part of the population consisting of the digitally informed and interested will happily embrace using health apps and tools. However, it can’t be assumed that the majority of patients and citizens will lavishly follow.

In order to generate larger numbers of users, the following 5 items need to be high up on the country’s healthcare agenda:

How to seal the marriage?

Let’s get back to the question from the beginning: up to now, neither Covid-19, nor the new digital healthcare law (DVG) could really boost digitalization of German healthcare or even lead to its breakthrough.

However, after years of gridlock it seems that things are finally moving. The pandemic has demonstrated how useful digital tools such as remote consultation can be – not only in cases of emergency. It has well shifted public perception of the benefits of digitalization in healthcare and added to increase levels of trust amongst professionals as well as patients and citizens.

As for the regulatory initiative, the new DVG still lacks a number of details (e.g. procedures and regulations for prescription, reimbursement or pricing), but its enactment was overdue and badly needed. With its emphasis on the fast track approval and introduction of health apps, as well as on the right of each citizen to a digital patient record, it is providing a substantial part of the digital framework for the country’s healthcare system.

However, and is spite of these achievements, larger structural adjustments such as the implementation of digitally-enabled integrated care structures and processes are still missing. The same goes for granting stakeholders access to use healthcare data, e.g. for research purposes or the improvement of therapy and care pathways. If e.g. the DVG asks app developers to provide retrospective studies to prove the value of their apps, they also should have access to patient and user data.

Hence, it remains to be hoped that the German health administration stays committed to woo digital health.

Get in touch to discuss your market entry options for the German healthcare market or if you want to have a closer look at how to build your ecosystem of app partners and how to successfully integrate them into your organization and business. 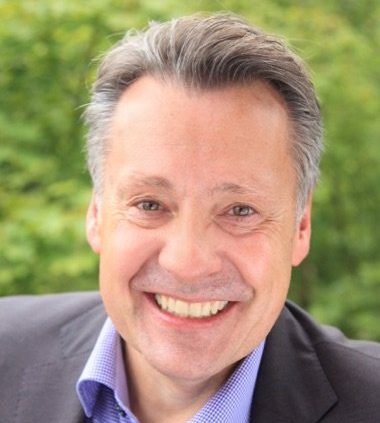