Apple and Google have sparked the competition in the global digital women’s health ecosystem. How to react?

The competition level in the digital women’s health ecosystem has increased over the last two years. First service offerings of tech giants like Apple and Alphabet are already affecting the performance of established market players. Companies will need to expand their service offerings and explore new revenue sources to stay competitive.

The digital women’s health market is booming due to the increasing interest in women’s health issues, from both the general public and medical professionals. Over 2,200 digital solution providers are targeting a huge global addressable market of 1 billion women with capable smart devices. Following impressive user base growth, leading market players received generous funding and improved their service offerings. However, as the new report by Research2Guidance suggests the competition is growing, and established market players should find new strategies to withstand future threats from new powerful rivals, such as Apple and Alphabet.

The digital women’s healthcare market is diverse and continuously attracts new market players from various backgrounds. There are around 2,200 providers of women’s health app-based solutions who operate in six different segments. The absolute majority of publishers still concentrate on a single segment of women’s health. Overlaps between market segments are rather rare: only a few companies have extended their portfolios to cover two or three segments, such as fertility, pregnancy, and postpartum.

The competition level differs from segment to segment:

With over 600 players and more than 1,000 app solutions, fertility is the largest and most competitive segment of the digital women’s health market. Strong competition resulted in high entry barriers and significant market concentration: Top five fertility market players account for nearly 70% of the global users of fertility management solutions. Leading fertility segment players, such as Flo Health and BioWink (Clue), have successfully expanded their user bases, boasting millions of active users. Both companies aim to create a ‘one-stop-shop’ app solution, which would cover all the aspects of women’s health – fertility management, pregnancy, early maternity and menopause – and which would be marketed directly to consumers.

On the other hand, established fertility market players are experiencing an increasing competitive pressure from global tech giants like Apple and Alphabet. Both have expressed their interest in digital health services for women and have started to provide them. In the last two years, Fitbit (Alphabet’s company) and Apple have introduced fertility tracking features compatible with their wearable devices, as well as the companion apps of those devices. In April 2018, Fitbit included into its app all essential fertility management features, which are also available on Fitbit’s smartwatches. Launched in June 2019, Apple’s Cycle Tracking is available on iPhone, within the Health app, and on Apple Watch as a standalone app.

Replicating standard existing tracking practices, such as cycle logs and predictive algorithms, Apple’s fertility tracking solution is not disruptive. However, preinstalled apps on smart devices provides Apple with a significant competitive advantage over existing market players. The expansion of Apple has already affected the established fertility management companies who experienced a significant decline in both downloads and monthly active users in 2019. To mitigate this disrupting influence, established market players should look for new strategies to differentiate from pure tracking and education and diversify their revenue streams.

Competition level in other market segments is lower but still significant, especially for prenatal management solution providers. Prenatal solutions include women’s health apps, assisting women during pregnancy and delivery. With around 1,300 apps and 900 players, it is the most diverse group of women’s health app solutions. Unlike fertility, the prenatal segment is still growing, although the user base of prenatal solutions is still smaller than in the fertility segment. Yet despite a high number of solution providers, only a few of them are remarkable, with Philips’ Health & Parenting (Pregnancy+) accounting for nearly half of all downloads in the segment.

Although tech giants have not entered this segment yet, companies still have to change their business models. The prenatal segment has the highest potential in the reimbursement market. However, interest from payers has emerged mainly in North America. Pregnancy management solutions promise great cost-saving potential, provided that they are applied as preventive tools. In the United States, Ovia has developed a pregnancy offering for insurers and self-insured employers, designed to control pregnancy and reduce the potential costs of miscarriage and other pregnancy complications. So far, it is the only payer-ready offering in the digital women’s health market.

In the United States and in major European countries, an increasing interest in digital women’s health from payers is still unmet by appropriate supply. This willingness to test the market will be picked up by more and more digital women’s health vendors, which will offer company dashboards, population management solutions, outcome-based pricing models, and account management.

Other segments of digital women’s health market, such as postpartum, gynecologic, and menopause solutions, have still not gained momentum to develop into proper markets, whereas cross-sectoral competition is very low.

Given the immense addressable market, women’s health will continue attracting new market entrants, putting even more competitive pressure on the established. To survive in the ever-increasing competition, both current players and new entrants should have a close look at what Apple and other tech giants are launching or going to launch in the digital women’s health market, expanding both vertically (new features) and horizontally (new conditions/segments to be served). Currently only fertility management is affected, but other segments can follow soon.

Subscribe to R2G’s newsletter to never miss an article. 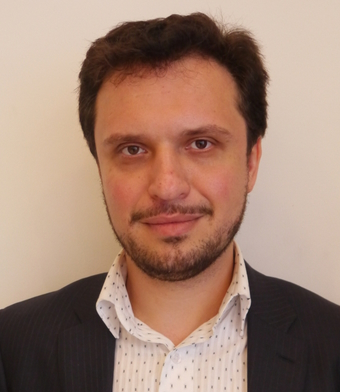